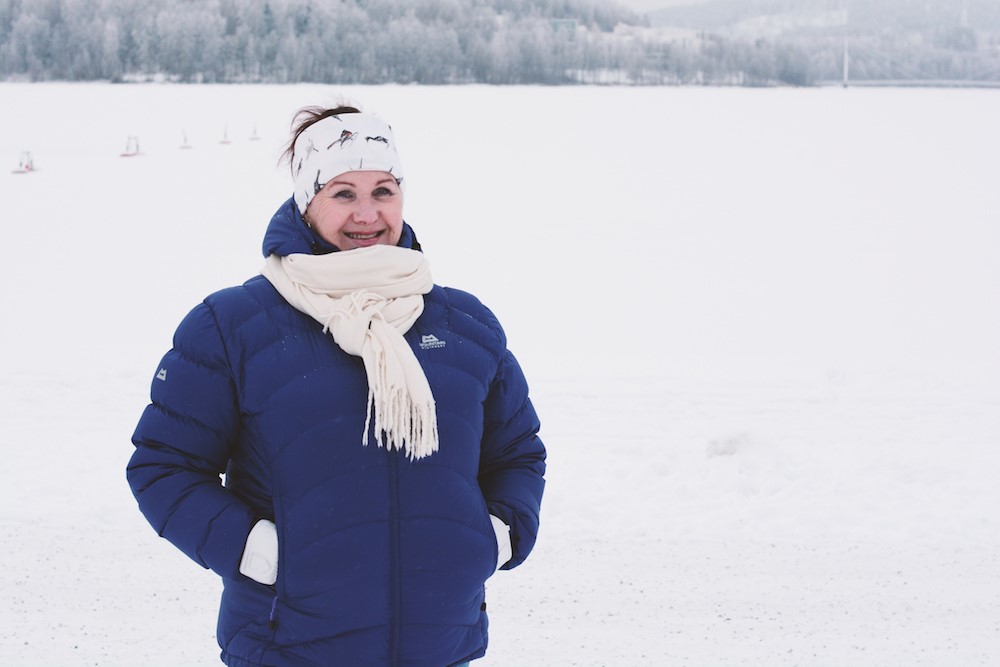 To New Zealand textile industry expert Maree Hamilton, working at Spinnova is an opportunity one had to grab.

The textile industry is one of the greatest sources of greenhouse gas emissions worldwide. Therefore, it is under a great deal of pressure to find environmentally and climate friendly solutions and cut down on emissions.

New Zealander Maree Hamilton, who has worked in research and development in the textile industry for more than thirty years, is well aware of the environmental issues in the business. She now works as textile expert in the commercialisation team of the Jyväskylä firm Spinnova, which works to develop new kinds of yarn and textiles out of wood fibre. Her diverse job needs her to e.g. identify new niches and uses for the Spinnova materials, and to develop new textile materials of fibre, yarn, and cloth for use in clothes, accessories, interior textiles, and other products. In addition, Maree works with international brands on targeted research and development projects conducted in the pre-commercial phase.

She first found Spinnova through a search engine around two and a half years ago. I was very impressed by Spinnova and their unique innovation to turn cellulose into fibre with no toxic chemicals. I was also inspired by the idea of improving the environmental performance of the textile industry and writing a new, sustainable, and responsible story of our business, says Maree.

Maree, then still living in her homeland working for the New Zealand Merino Company, contacted Spinnova and started to map out collaboration opportunities with the executives.

One day I spotted a job opening for a textiles expert in their newsletter. I realized this could be an exceptional opportunity for myself.

“An adventure to change my life”

Instead of making New Year’s resolutions, Maree likes to select a theme for the coming year. Because the theme of 2019 was “The year to be brave”, she decided to apply for the job, and she got it.

I strongly believe life is too short to never take risks or challenge yourself. Working at Spinnova I have a unique opportunity to be part of the change – to change the world for the better, for the good of the environment. The innovation, culture, and people at Spinnova are embody exactly what is so important and affecting to me in the textile industry – an entire new way of doing things that’s responsible and works within the circular economy. I get to work with some of the best experts and people, putting their hearts in it, sharing a common, important goal. It’s simply fantastic to be part of this, says Maree.

A dream job in one’s own values meant a move to the literal other side of the world. Maree had no knowledge of Finland beforehand.

My friends would google the weirdest Finland things, such as the darkness, the social distancing and getting drunk in your underwear. Only when I got here did I realize it’s all true, she laughs.

But I went out with the attitude that this is mainly a huge professional and personal opportunity, as well as an adventure to change my life.

Starting a new life from scratch

Maree wants to remind us that changing countries, homes, and jobs, as well as leaving your friends and family behind, in one swoop is a complete change in one’s life. In New Zealand she lived in the countryside a little way away from the 400,000-inhabitant city of Christchurch. Moving to Jyväskylä, Maree made it clear she wouldn’t try to import her life as it was in New Zealand. Instead, he wanted to start from scratch and absorb Finnish culture and the local way of life.

For instance, I decided I don’t want to own a car in Finland. I used to have three in New Zealand, says Maree. 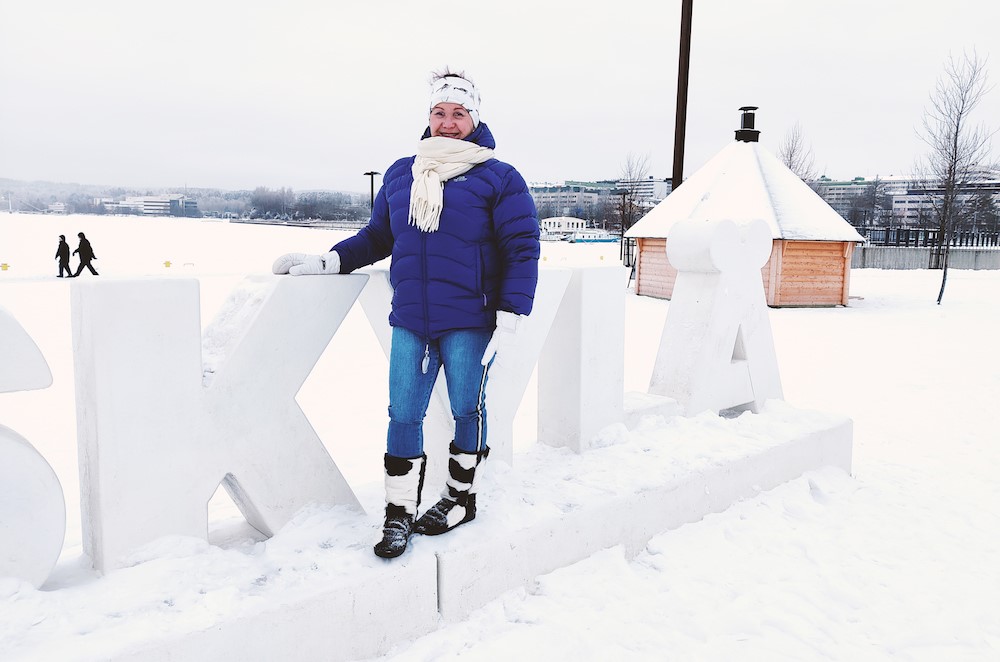 Maree Hamilton’s theme for 2021 is “let things go.” – Right now there’s a lot of things I can’t do anything about. I’m learning to recognize these things and let go of them, she says.

In Jyväskylä she made her home in Lutakko – close to nature and the lake, but alongside train and bus connections at the same time.

It’s the perfect location for me, she says.

The challenges of Finnish bureaucracy, cultural differences, and building up a new circle of friends

Moving to Jyväskylä wasn’t completely without its issues. The main headaches have been Finnish bureaucracy, the language, and building up a new circle of friends.

For instance, opening a bank account in Finland meant I had to go have a chat with the police, says Maree.

All the documentation was in Finnish, so I needed an interpreter both for the police station and the bank.

For an adult moving to Jyväskylä alone, it’s been a challenge to find new friends, with no such “built-in” networks as through children or a spouse’s friends. Maree praises the support and help she’s received from her co-workers, but feels it’s also important to build up a circle of personal friends as well.

I’ve found a few new acquaintances through Facebook, and I meet them regularly.

Learning the language has been slow, mainly because the Kiwi who knows only English has no experience of language learning, and, she says, no real ear for languages.

Most Finnish courses require you to study full-time, which I obviously don’t have the time and opportunity for. However, I’m very lucky in the sense that many companies in Finland, like Spinnova, do business in English, and all of my colleagues speak good English, says Maree.

The only problem is my accent, which has sometimes caused embarrassing and funny incidents.

United by unique culture and nature

Even though Finland with its lakes and forests is an exotic country for Maree in many ways, she also sees some things as uniting New Zealand and Finland, similar in population and land area.

I think it’s great that we’re united by not only our incredibly beautiful and rugged nature, but our unique culture and sense of humour, says Maree.

A local chapter of the International Working Women of Finland (IWWOF) network, focused on supporting international talented people, has launched in Jyväskylä. Anyone interested is welcome to join regardless of gender or ... 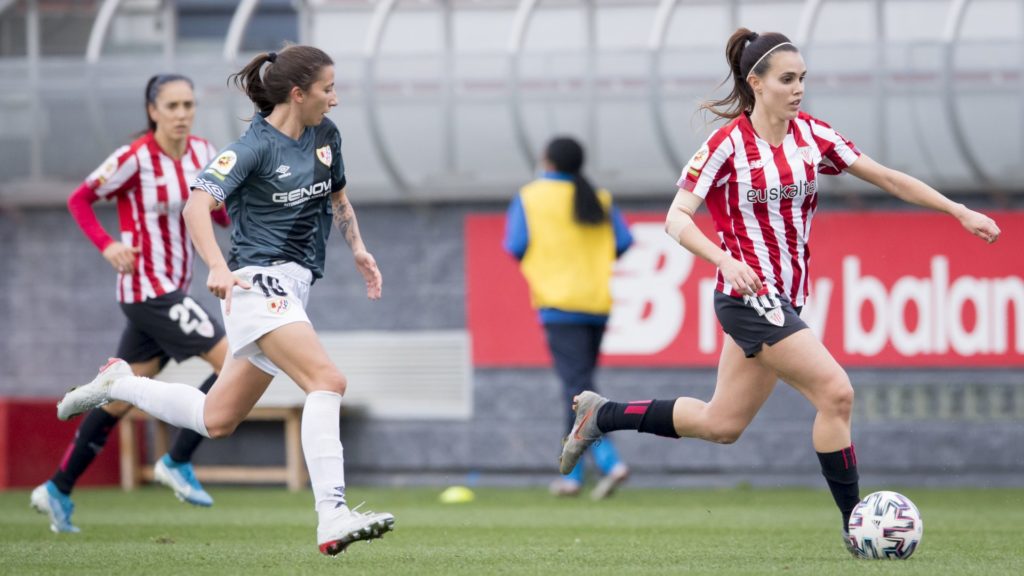 Athletic Club, the Faculty of Sport and Health Sciences at the University of Jyväskylä and Business Jyväskylä are working towards a common ecosystem for developing performance of athletes. Initially, the collaboration ...